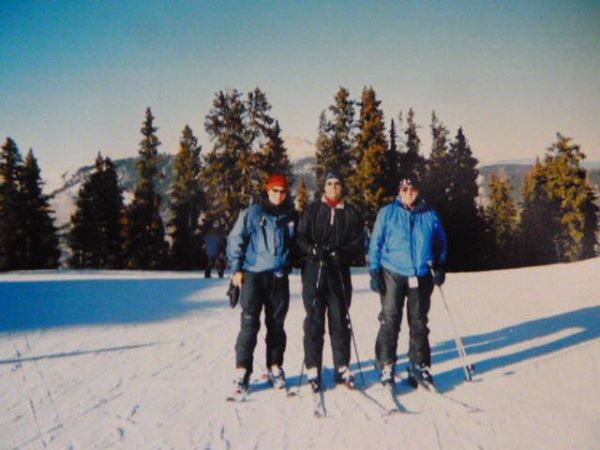 Though I have lived in Texas for over 30 years, we still subscribe to the Colfax Messenger, because we have lots of relatives in and around Colfax. The story was something that caught my eye. I am now 80 years old, but my early childhood was on a farm located nearly straight east from Deepwood, by a few miles as the crow flies. Our farm was on the very west of Grant township, and across the road was Otter Creek Township. We could hear the music when Deepwood was open.

I and my two sisters and brother learned to ski as soon we could get out on the hills because our dad made skis out of hard maple. The first ones only had a leather strap through the wood, next we cut strips from inner tubes to put over the toes and heels–what an improvement. Eventually my dad found some old military skis that had the cross country-type bindings that naturally did not release when we fell. OSHA would never approved that for downhill skiing. That was great as they did not take off down the hill without us.

So when Deepwood opened we could hardly wait to try it out. I think my first time there was about 1952 as a 7th grader, or possibly the next year. I went with my older brother, Paul, and a couple of neighbor boys, Gaylon and Earl Gotliebson. We were not trained to traverse the course, so we headed straight down the hills, and went sliding to a stop. Needless to say, we really picked up speed, and with no steel edges, we were a hazard to others as we tried to stop at the bottom. I only went one or two more times before I realized how dangerous it was the way we going. On more than one occasion I nearly ran into another skier as I careened toward the bottom. Moreover, by now the edges of my skis were rounded off, so now they were even more dangerous. That was the end of my saga as a skier at Deepwood. I cannot recall what it cost to ski, but it must have been almost nothing because I would have had almost no money for skiing.

However, in about December 1964 one of my grade school friends, Thomas Brunstad, now deceased, was working there on weekends. I was a older college student by then, having served a couple of years in the Army. Someone had quit so he recommended me and I started immediately on Saturdays and Sundays. Ray Fritz was my boss, and Marie ran the inside all the time. Their daughter, Gloria, was around too, and may have given ski lessons among other things.

My first job was to shovel snow back into the ruts made by the skiers as they rode the rope tows up the hills. Sometimes it was really cold, and it was hard work because of walking back up the hills. 4:00 PM was closing time, but the work day did not end there for me on Saturday–Ray would join me on the hills and together we would manually shovel snow that had been pushed aside by the skiers and get it back on the runways, ready for Sunday skiing. More fun in the cold! I worked that job until the end of spring skiing.

The next fall I again started my shoveling job, but after about a month the person who ran the ski shop quit, so I got promoted to an inside job, never to go back shoveling. I recall the Packers playing in the Super Bowl, and I was working in the ski shop. That was good duty because it was warm, the skiers were friendly and in need of help renting skis, and getting adjustments made to bindings. Needless to say, ski boots back then were nothing compared to the stuff available today. That was also a period when long skis were prevalent, other than for one or two skiers who brought their own short skis. I stayed around until the end of spring skiing in 1966.

Ray hosted lots of friends from the Twin Cities area. I still recall one older gentleman with only one leg skiing like a pro. Others would be around the ski lodge after the day was over. On The first year I was paid $1 per hour, and I had to wait around Sunday evening to get paid until after Ray was done schmoozing all his pals. The second year I told Ray I needed a pay raise, so I jumped to $1.50 per hour. What a country!

Somewhere along the way Ray had installed lights for a lower run or two. I can recall taking my then girlfriend and now wife of 52 years, Anita Beyrer, out skiing one Saturday night. That was a first. No big falls and a very pleasant evening on the slopes. On another occasion, Ray was hosting an evening event with a large crowd. I was to be the “bouncer” but my job was really to make certain no one was smoking in the lodge.

Ray was a very handy fellow. He could handle all things mechanical as I recall. I believe he might even have installed the snowmaking equipment, but that was all done before I worked there. It seems like Charold Rothbauer ran one of the rope tows, and maybe Marshall Whitted ran another one. What a challenge it was for skiers to get started again when someone fell in the rope tow trail, and they had to stop the rope to help the skier get up and going again.

Many years later Ray had put in a golf course on part of the property. Seems like it was only about 9 holes. I played there on a couple of occasions in the 70’s. I recall one fairway going through a very narrow stretch between wooded areas on both sides. Probably lost a golf ball or two there.

A new name–a new start. I wish you the best in getting the new venture up and operational with time. When I return to Colfax next year I will have to stop by and see what is going on.

Thanks for the chance to stir up some pleasant memories.

As an aside, my family moved to Los Alamos, NM in 1978. I believe I started skiing the next year, and in succeeding years my son Mark started at about age 8, and Sarah a couple years later at age 6. My youngest son, Andrew, would ski between my feet on the bunny hill. Then we moved to Denver in 1984, and started skiing at Breckinridge, Keystone, and Copper Mountain during the two years we were there. All of them became good skiers, and still ski occasionally, most recently at Christmas 2017 at Santa Fe Ski Basin. That was my last go at downhill skiing—I think. So my trips down Deepwood paid off anyway.

Play it Forward by Running Nuts 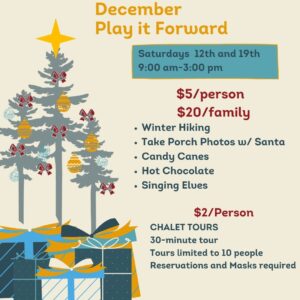 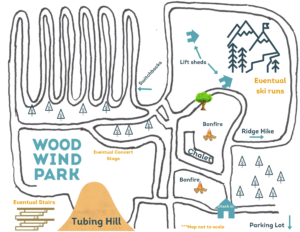 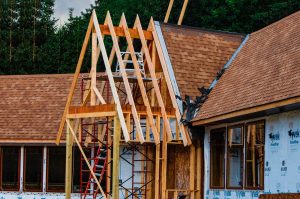 Adding Dimension to The Park Chalet 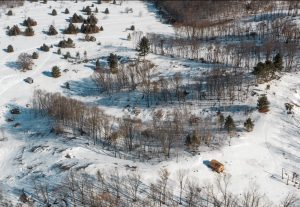